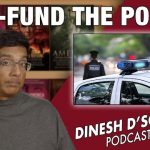 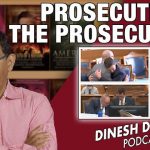 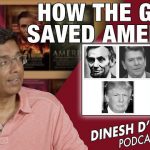 HOW’S THE WEATHER UP THERE? Dinesh D’Souza Podcast Ep194

In this episode, Dinesh explores in its widest ramifications the significance of the Southwest Airlines mass cancellation of flights over the past few days. Senator Sinema has reportedly stopped returning Biden's calls, prompting Dinesh to ask, who is Kyrsten Sinema anyway? Political scientist Carol Swain joins Dinesh to make the case that America isn't "systemically racist"–but the Democratic Party is. Dinesh also begins his examination of James Madison by showing a strange affinity between Madison and an unlikely predecessor, the Italian epic poet Dante Alighieri.

Pelosi Tells Media That They "Need To Do A Better Job" Selling $3.5 Trillion Bill