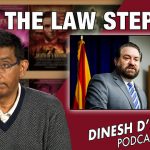 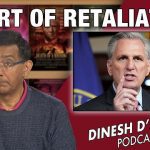 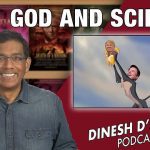 In this episode, Dinesh makes the case for special counsel John Durham going beyond Democratic lawyer Michael Sussman and focusing on the head of the snake, Hillary Clinton.  Why the Senate parliamentarian frustrated Chuck Schumer's sneaky attempt to put a million illegals on a shortcut to citizenship.  Dinesh reveals his plan to personally sue a Texas abortion doctor who admits performing illegal abortions in the state. Dr. Robert Jeffress, senior pastor of First Baptist Church in Dallas, joins Dinesh to talk about his role in the movie "Nothing But the Truth."

Biden ADMITS Border Is Not Under Control